This reading is so interesting, I do really love it. When I was reading, I also did some research online—-find out some Cardboard computers. I get some information from those cardboard computers, besides the benefits and good reflections; I found this idea is also doing an environmentally friendly job. It seems to be a kind of cardboard recycling. It is so fantastic.

Come back to the main idea of this article. With mock-ups, people can get easier to achieve the effects they are really looking for. In the very first beginning, mock-up could be such a project. But currently, it seems to be one step of a whole process of a project. Without doubt, most mock-ups are very cheap but quite useful. I mean the materials of these mock-ups, the materials can be paper, whatever, and people pretend to use it as a real one to figure out many problems. The mock up was described that holding a magic to envision the future projects (Maybe high-technical equipments.)

Nevertheless, mock-ups can be very complex for technology and the functionality. It might be a limitation.

As it is mentioned in this article, “In summary, mock-ups become useful when they make sense to the participants in a specific design language game, not because they mirror “real things,” but because of the interaction and reflection they support (see Ehn, 1989).”

Another point was mentioned in the first part of this article is quite significant—-the concept “ Increasingly it is being accepted that design can not be completed by a designer sitting alone. The design process must include users.” Users are considered as a very important part in a design. That means, we can get some information of the evaluation of designing project from the users. It helper the designers get more accurate in their projects. 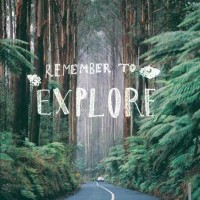